After visiting a couple of “wonders” of the world, we were off to the smallest country in the world – Vatican City!

It’s the area (110 acres only) and the population (just about 800 people) that make it the smallest country in the world. But remember size doesn’t matter! It’s the seat of the papacy and boasts one of the world’s most magnificent churches and museums: St Peter’s Basilica and the Vatican Museums. 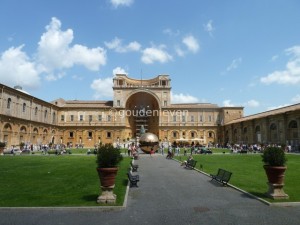 This time too we’d purchased the tickets to the Museums online (19 euros each including a four-euro online processing fee) to ensure we don’t lose time waiting in the long queue. We had chosen a Wednesday to visit the Museums – we’d read that many visitors throng the St Peter’s Square instead to listen to the Pope’s address on Wednesday mornings.

The Museums indeed wowed us with sculptures and paintings from different periods in history – from ancient near eastern antiquities of the prehistoric times to the contemporary art of the 20th century. “The Vatican Museums are spoken of in the plural because they represent all forms of art, all aspects of human civilisation, at every epoch and every latitude…” thus read the Vatican Museums guidebook we had purchased in the reception area of the museum. The book was colourful with pictures and relevant information. It was so interesting to go around looking at the collections, especially those whose mention was made in the book! 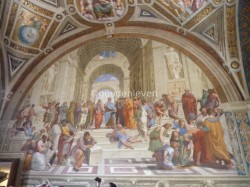 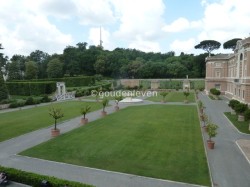 The collections were all housed in the Apostolic palace that overlooked the popular Vatican gardens. Our six-hour expedition within the Museums culminated with a visit to the famed Sistine Chapel.

The frescos (paintings on wet plaster, on a wall or ceiling) in the Sistine Chapel were indeed breathtaking! The Italian Renaissance artist Michelangelo’s paintings of the “Last Judgement” as also “Creation of Adam” were a beauty. We felt humbled by  those numerous immaculate paintings on the ceiling what with their profound three-dimensional effect!

The next day we visited St Peter’s Basilica, which is a very popular church with spectacular interiors – emerging again from the times of Renaissance. The dome of the Basilica is seen from many vantage points in Rome! 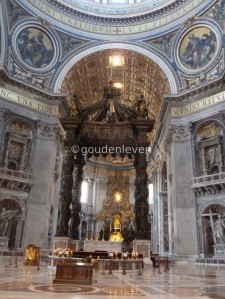 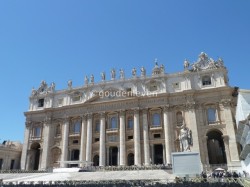 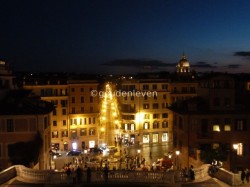 Well, if you’re an art connoisseur, be sure not to miss the Vatican City while in Italy! Just a  word of caution – the eateries there could fleece you! 🙂

"Learn from yesterday, live for today, hope for tomorrow. The important thing is not to stop questioning." - Albert Einstein